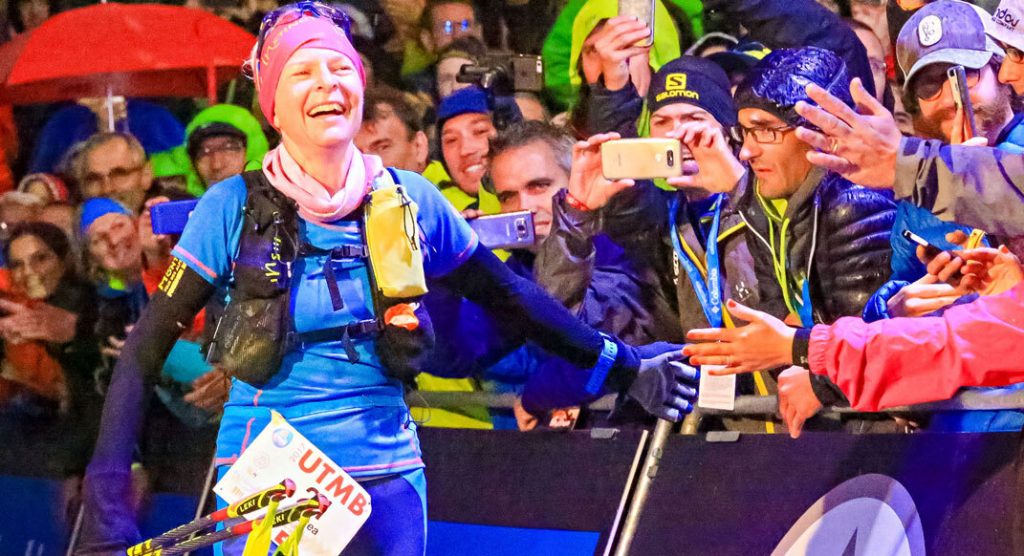 Andrea Huser, one of the world’s great ultra-distance trail runners, fell to her death while trail running last Saturday above Saas-Fee, Switzerland. Huser, 46, of Sigriswil in Switzerland’s Bern Canton was trail running when she slipped on ice-covered rocks and fell over 400 feet. A missing persons report was filed when Huser didn’t return from her run. The helicopter rescue service Air Zermatt and search dogs patrolled the area starting Sunday morning, locating Huser’s body slightly before noon.

Huser, 46, of Sigriswil in Switzerland’s Bern Canton was trail running when she slipped on ice-covered rocks and fell over 400 feet.

Huser’s fall came as trail runners in the Alps were enjoying a snow-free autumn that was lingering longer than usual. For weeks, the skies had been largely free of precipitation, with unseasonably warm temperatures. Up high, however, the mercury had been dipping below freezing, and ice was not uncommon above about 6,000 feet. 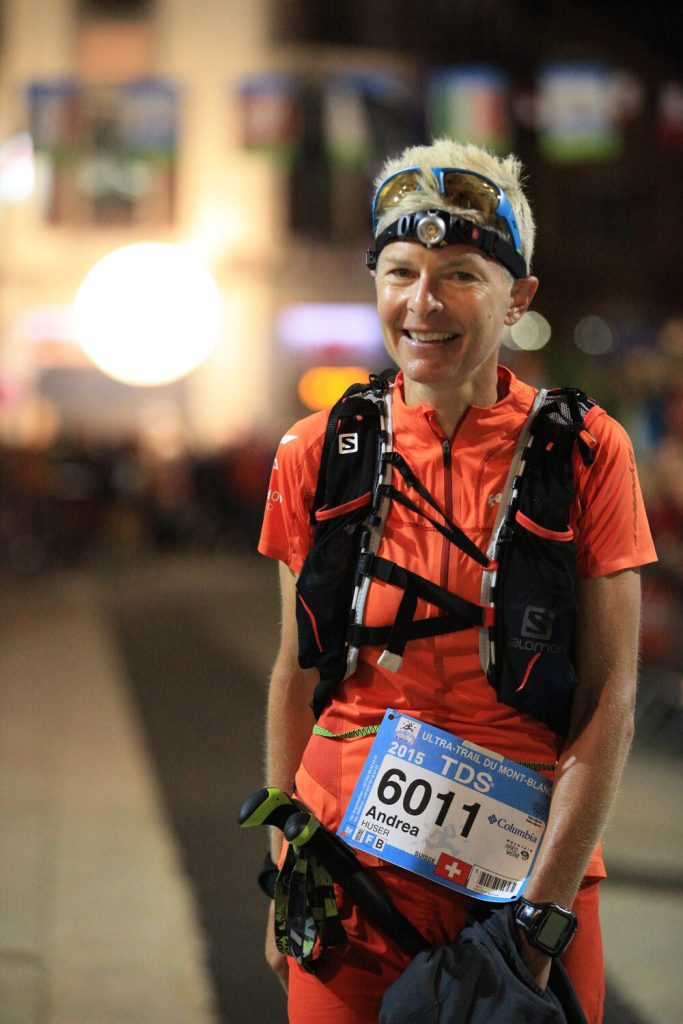 Huser came to trail running relatively late, having been led to it by adventure racing. “She was an outstanding athlete long before she came to trail running,” notes Sean Van Court, the founder of Instinct, a trail-running brand that was an early sponsor of Huser. In 2002, Huser was crowned European Mountain Biking Champion. In the years that followed, she added adventure racing, triathlons and ski mountaineering to her diverse mountain skill set. “People like Andrea, endurance sports are in their blood,” says Van Court. “She was an exceptional athlete who was always looking for new challenges.”

Huser went on to tick off an impressive array of results, including two victories at the 101K Eiger Ultra Trail, two second places finishes at the Ultra-Trail du Mont-Blanc (UTMB) and a win at UTMB’s 119K TDS trail race in 2015.

She loved trail running and she loved the people in it,”  says Van Court. “She was open with everyone.

Van Court was there in 2017, when Huser won the tough Diagonale des Fous on Reunion Island off the coast of Madagascar—her second such win in as many years, in what many consider to be one of the world’s hardest trail races. The 162-kilometer course has over 30,000 feet of highly technical climbing and descending. It was a remarkable performance in which Huser finished 8th overall. That same year, Huser was crowned the women’s winner of the Ultra Trail World Tour.  “She loved trail running and she loved the people in it,”  says Van Court. “She was open with everyone.”

In Grindelwald, Switzerland, not far from Huser’s hometown, Eiger Ultra Trail Race Director Ralph Näf, who competed against Huser in ski-mountaineering races, says Huser was a smart competitor who got better as the terrain got tougher. “She didn’t like the flats,” says Näf, who remembers that Huser would move up through the lead pack as the iconic 101K Eiger Ultra course got harder with each passing kilometer. Mostly, though, Näf recalls Huser’s persona. “She always had a big smile on her face. Andrea cheered for everyone—beginning trail runners, and even the elite runners who sometimes would beat her. She was very grounded. With Andrea, there was no arrogance, ever.” Huser is listed as an Ambassador on the Eiger Ultra Trail website.

She always had a big smile on her face. Andrea cheered for everyone—beginning trail runners, and even the elite runners who sometimes would beat her. She was very grounded. With Andrea, there was no arrogance, ever.

Huser’s skills on tough mountain terrain meant the faster courses were more challenging for her—though she never lost her sense of humor. Chamonix-based ultrarunner Stephanie Case, who has finished in the top 5 three times in Italy’s 330K Tor des Géants, ran the 100-mile long Western States Endurance Run in 2017. Huser was there, and finished 10th, a far cry from her usual podium position. “She just gave me a wry smile, shook her head, and said, “Too flat,” remembers Case. “She was never one to back down from a challenge and kept a very unassuming air about her, despite her incredible successes in the sport.”

Over the years, Huser pushed herself hard, doing 12 ultras in one year alone. Those miles might have been catching up to Huser who, last year, suffered stress fractures in her hip and lower leg. She kept her perspective, however. “There was always something new coming. This was not the end of the road for her,” says Van Court. “She was always looking for new challenges to test herself, whether it was kayaking, hiking or skiing. She lived the outdoors.”

This morning, the trail-running world was starting to reflect on the loss. “It was with a deep sadness that we learned of Andrea’s loss,” said Catherine Poletti, President of the UTMB Group. “She was a beautiful person in all senses of the word. She gave everything when she raced. These are the bright, glowing memories that we’ll carry with us.”

“Andrea was a formidable runner who exuded a pure love of the mountains,” says Case, “She will truly be missed.”

As the Alps trail-running world began to cope with the loss of a remarkable athlete and friend, something else had changed, too. As dawn came, a fresh blanket of snow coated the region, bringing a meteorological close to the trail-running season. Both were poignant reminders that change can come suddenly, and without much warning.

The post One of the World’s Great Trail Runners Is Gone appeared first on Trail Runner Magazine.